Responsibility for fighting fires in London had, over the years, rested with the Lord Mayor, the Livery Companies, and the Parish Councils. Shortly after the Great Fire of London in 1666 fire insurance companies were established.  After The Great Fire, the first fire insurance company called the, “The Fire Office”, was established in 1667 by Nicholas Barbon. Then, in 1699, the Hand in Hand Company formed its own Fire Brigade. Firefighters and ‘Porters’were recruited from Thames watermen.  Firefighters to fight fires and porters to salvage goods from insured premises. The early firefighters were dressed in a flamboyant uniform with a large metal badge on their arm bearing the company motif. As London grew, the rising cost of individual fire brigades prompted 10 companies to form a combined force in 1833 known as the London Fire Engine Establishment.

James Braidwood was appointed the first Superintendent of the London Fire Engine Establishment in 1833 with headquarters in Watling Street and 17 Fire Stations crewed by 80 Firefighters spread throughout Central London and the City. In 1861 a Riverside Warehouse in Tooley Street, Southwark, caught Fire and destroyed adjoining Buildings for a Quarter of a Mile. Every Firefighter in London attended the Blaze including the Chief James Braidwood who was tragically killed at the scene. After that disastrous fire the Insurance Companies, who financed the London Fire Engine Establishment, appealed to the Government to take over responsibility for firefighting in London. Thus, the Metropolitan Fire Brigade was formed in 1866, at public expense, under the control of the Metropolitan Board of Works.

The Metropolitan Fire Brigade was formed in 1866 with Captain Eyre Massey Shaw as Superintendent. Under his direction steam fire engines, telegraphic communications and enhanced life saving techniques were introduced, and more fire stations built. He also began a programme of recruiting ex-sailors as firefighters explaining that they were well disciplined, physically fit, agile aloft, and used to day and night duty. Naval tradition remains in the London Fire Brigade with shifts still known as watches. When the London County Council took control of the Metropolitan Fire Brigade in 1889 there were 56 Fire Stations and 4 River Stations in London. Captain Massey Shaw resigned in 1891 and was knighted by Queen Victoria. In 1904 the title changed to London Fire Brigade.

The Auxiliary Fire Service, composed of part-time Firefighters, was formed in 1938 to support the regular London Fire Brigade in readiness for the Second World War. Throughout the ‘Blitz’ of 1940-41 both Forces battled day and night to contain the many Fires started by High Explosive and Incendiary Bombs dropped on the Capital by the Luftwaffe. In 1941 the London Fire Brigade and Auxiliary Fire Service became part of the National Fire Service covering the whole of Britain. Later in the War the National Fire Service had to counter the effects of the V1 Flying Bomb and the Rocket-Powered V2. 327 Men and Women of the London Region NFS were tragically killed in action during the War, and a George Cross and 38 George Medals were awarded for Individual Acts of Bravery.

Firefighters in the London Fire Brigade at that time operated from Fire Stations throughout Greater London formed into Area Commands, Covering an area of over 620 Square Miles and a Population of over seven million at that time. During that time they dealt with over 1 Million Fires using Pumping Appliances, Turntable Ladders, Foam Tenders, Fireboats, Damage Control Tenders and Ancillary Vehicles. Apart from Fighting Fires the London Fire Brigade undertook  Life-Saving and Rescue Operations at Disaster Scenes Such as Air and Rail Crashes, Motorway Pile-Ups and Floods.

Firefighters in modern day have many new challenges from engaging with a diverse multi cultural and multi ethnic community to dealing with the demands of fires caused by modern living. From Solar panels to Electric Cars the fire service have to constantly design new equipment and procedures, for resolving incidents involving new innovations of our modern day. The Modern Firefighter strives to provide a better service and be cost effective to deliver a good value for money service to the public in which it serves. Firefighters are from a variety of backgrounds creating a more diverse workforce to reflect the diverse community it now serves. 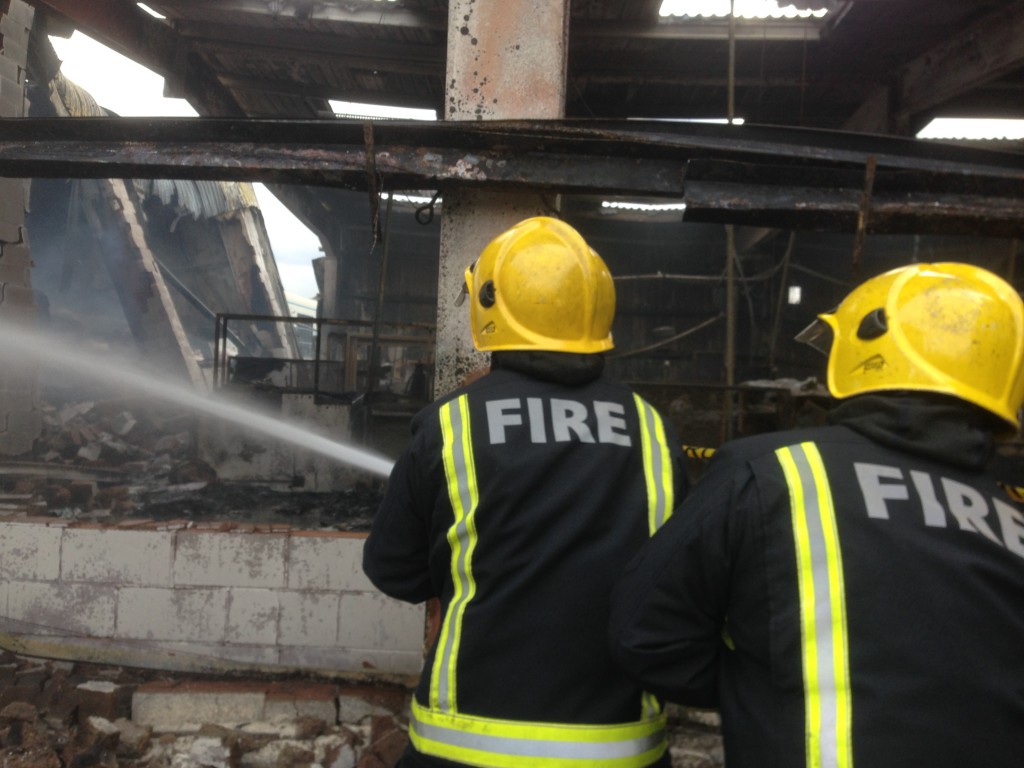